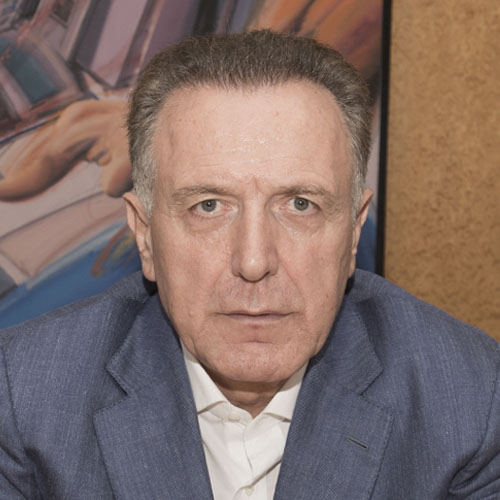 Dobroslav Bojović, BEc (Hons), was born in 1958. Bojović is Director of Construction Company NAPRED a.d. Beograd, Joint Stock Company NAPRED RAZVOJ Beograd, Chairman of Financial Supervisory Committee of Agrobačka a.d. Bačka Topola, Chairman of Financial Supervisory Committee of Energoprojekt Holding a.d. and Member of the Board of Directors of energoprojekt Entel, a.d. Belgrade. Bojović is a member of Serbian Business Club „Privrednik“ and company UTMA COMERC. He has received numerous awards and acknowledgments just to mention a few: Business Leader in 2005, awarded by the Belgrade Chamber of Commerce and Industry, Charter “Kapetan Miša Anastasijević“ in 2007, Plaquette “Manager of the Year in Civil Engineering“ in 2008 awarded by Klub privrednih novinara. With his long-term work experience in banking and the proper perception of economic movements he managed to maintain, develop and modernize the operations of the Business Group NAPRED and Energoprojekt Holding a.d. 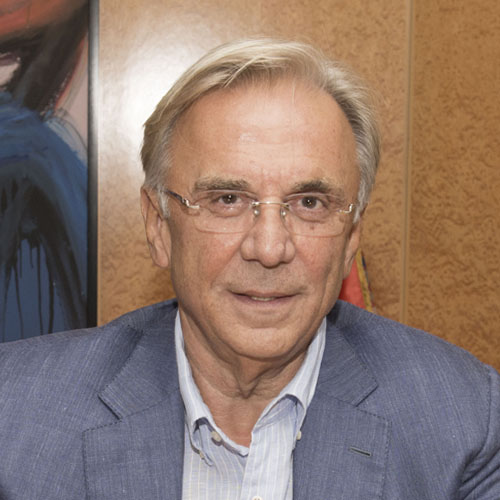 Prof. Branislav Ivković, BCE (Hons), was born in 1952. Ivković commenced his career in the construction company „Napred“ Beograd (1979 – 1981). After having been appointed an associate he started working at the Faculty of Civil Engineering in Belgrade whereupon he defended his Master Degree thesis “Optimization of Production of Prefabricated Elements for Housing and Industrial Construction” in 1983. In 1988 Ivković successfully presented his PhD Dissertation entitled “Optimization of reliability of production systems in civil engineering“ Ivković was elected a docent at the Department for Management and Technology of Civil Engineering in 1989, and an associate professor in 1994. Later, in 1999, he became a full time professor at the Faculty of Civil Engineering in Belgrade. Ivković took part in and managed the realization of numerous studies, expertizes and projects. He was a councillor at the Assembly of the City of Belgrade, the Minister for Construction (1994 -1998), the Minister for Science and Technology (1998 – 2001) and a MP at the Serbian National Assembly (2000 – 2004). Ivković is a member of the Academy of Engineering Sciences of Serbia. 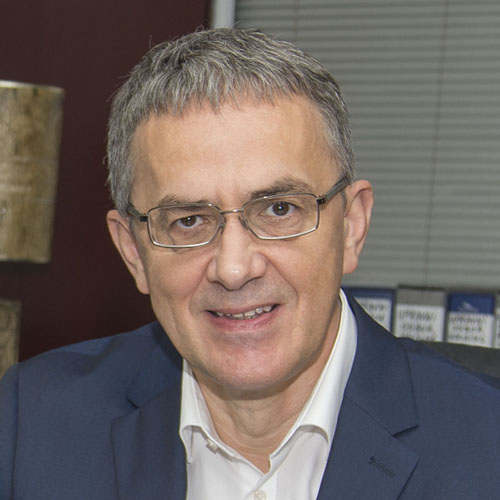 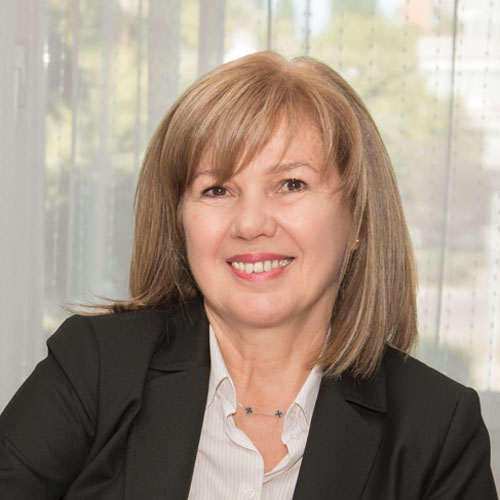 Nada Bojović, Bachelor of Management and Organizational Studies (with Honors), was born in 1958. Bojović possesses a long-standing work experience in designing and management in Information technology and business and financial sectors. She commenced her career in 1981 at IPM Zmaj in Zemun, and shortly afterwards changed the employer and started working for the company Beogradelektro a.d. Beograd. As from 1997 she held a position of a special adviser to IT Division, working on the establishment of new processes on the first real time project at the National Bank of Yugoslavia (foreign exchange payment transactions carried out through NBY). As from 2002 Bojović, as a part of the five-member team, worked on reorganization of the National Bank of Yugoslavia into the National Bank of Serbia. In the period 2004 – 2009, Bojović held a position of the Head of Clearing and Balancing Division in the Central Register of Securities – Centralni registar hartija od vrednosti a.d. Beograd. She designed and implemented the securities clearing and balancing process whereby a new way of trading with securities was established on the financial market. Since 2009, as a representative of the construction company Napred a.d. Beograd, Bojović was appointed a member of the Board of Directors of Energoprojekt Holding a.d. and of the Financial Supervisory Committee of Agrobačka a.d. Bačka Topola for two consecutive mandates. During the same period of time she worked as a consultant on the project entitled “Development of Information System of the Central Depository Agency” (Centralna Depozitarna Agencija) in Podgorica, Montenegro. Starting from December, 2017 she is also president of Board of Directors on Energoprojekt Energodata a.d. Belgrade. 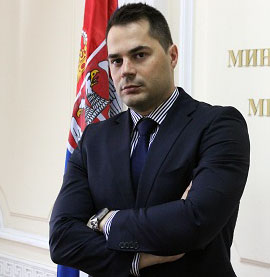 Dragan Ugrčić is Assistant Minister of Economy. Dragan Ugrčić was born in 1981 in Knin, the Republic of Croatia. He graduated from the Faculty of Economy, Belgrade University, where he also earned his master degree. He acquired his first professional experience in private sector. Starting from 2008 he was employed with the Privatisation Agency, working on privatisation and bankruptcy issues and rising from a project manager to the general manager. He was the acting General Manager of the Privatisation Agency until February 2016, when he became the Head of the Department for Cooperation with the Government of the Republic of Serbian in the Bankruptcy Supervision Agency. At the end of 2016, he became the Acting Assistant Minister of Economy and in May 2018 he was appointed the Assistant Minister of Economy with the 5-year mandate, in charge of privatisation, bankruptcy and industrial development. He has acquired a substantial experience in the field of privatisation and bankruptcy, managing of investment activities and negotiations with potential strategic investors and international financial institutions. He speaks English language. He is married, has two children and lives in Belgrade. 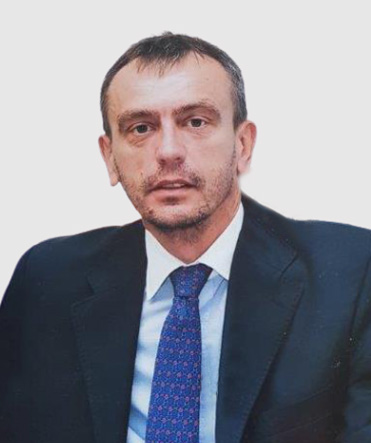 Professor Zoran Đerković, PhD, was born in 1959. At the Faculty of Economics in Belgrade he graduated in 1981, he obtained his Master’s degree in 1986, and his PhD degree in 1991. By engaging in scientific work, he acquired all academic titles, concluding with the title of “Academic Advisor”, in 2001. During his lecturing career, in 2005 he acquired the title of “University Full-Time Professor”, for the specific field “Accounting and Financing”. He attended several specialistic advanced trainings and seminars abroad. He was engaged as a lecturer and a professor at the Faculty of Economics in Belgrade, Faculty of Agriculture in Belgrade, Belgrade Banking Academy and Business School in Valjevo. He has published several hundreds of scientific and professional papers and textbooks. He was a member of the Federal Commission for obtaining the titles in auditing (in FR Yugoslavia). He started working as an assistant at the Institute of Agricultural Economics in Belgrade. He also worked at the Institute for Market Research in Belgrade. At the Institute of Agricultural Economics, he was elected as the Institute Director in 1997. He performed a function of Executive Director at Bambi-Banat Concern a.d. in Požarevac. He also performed the function of Managing Director at the Institute for Foreign Languages a.d., in Belgrade. He currently performs the function of Director of the Institute for Economic Research d.o.o. in Belgrade, and the Auditing Company – Auditor d.o.o. in Belgrade. He was a Chairman of the Supervisory Board of Bambi-Banat Concern a.d. in Požarevac, a Chairman of the Supervisory Board of Pupin Telecom a.d. in Belgrade, a Chairman of the Supervisory Board of the Institute for Foreign Languages a.d., in Belgrade. As the Manager for the Projects of Evaluation and Privatization, he was engaged by numerous and renowned companies in Serbia. He is a licenced auditor and an expert appointed by court.

Executive Board of Eenergoprojekt Holding 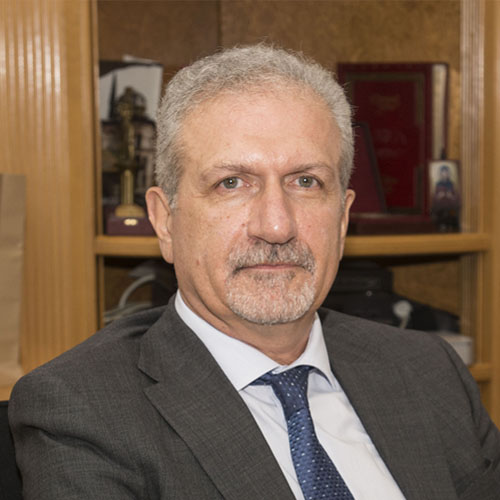 Stojan Čolakov was born in 1957. He graduated from the Faculty of Civil Engineering of the University of Belgrade in 1982, specialized in Roads and Railway Engineering. Čolakov was professionally engaged in numerous large projects locally and abroad: in the period from 1982 – 1992 worked as Site Manager and Chief Engineer; from 1992 – 1993 held a position of Director of Works on the Project Obilaznica Beograd; from 1993 – 1996 he worked as Director of Works on the Project Chira-Piura 3; and from 1996 – 2000 worked as Regional Director for Energoprojekt in Latin America (Lima, Peru). His vast work experience Čolakov acquired through his work overseas – in Malaysia, Kenya, Uganda, Zambia, Guinea, Algeria, Ethiopia, Peru, Bolivia, Argentina, Kazakhstan and Russia. In the period from 2000 – 2005 Čolakov was Director of Energoprojekt Niskogradnja a.d., whereupon he became Executive Director for Corporate Projects and Development at Energoprojekt Holding a.d. from 2007 – 2009. In the period from 2010-2016 Čolakov held a position of Director of Energoprojekt Niskogradnja a.d. At present, Čolakov is a Vice-President of the Chamber of Construction Industry of Serbia and a member of the Board of the Civil Engineering Association, IGM and SP of the Serbian Chamber of Commerce. 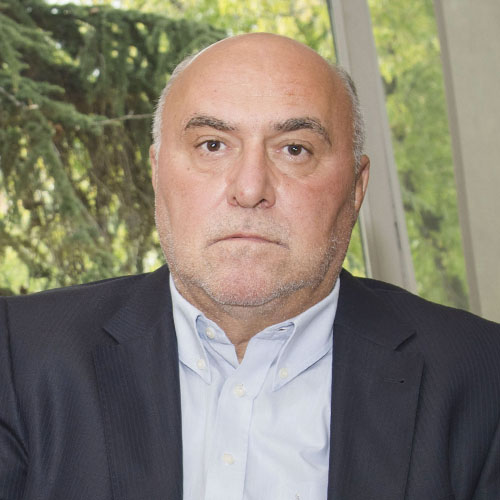 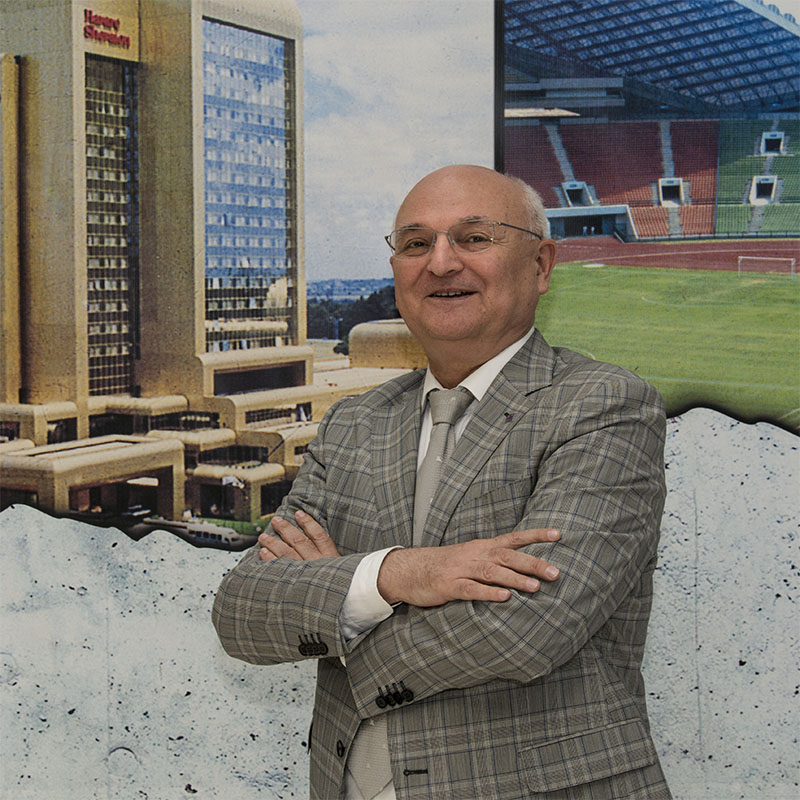